I have been planning for a long time to visit a new location and try to find some new photographic object, some new animal that I don’t have in my portfolio and that I haven’t observed in the wild yet. The choice this time was the chamois. That’s why I devoted two days to collecting the materials for the expedition. I knew the location roughly, but I needed to plan a specific place to go. 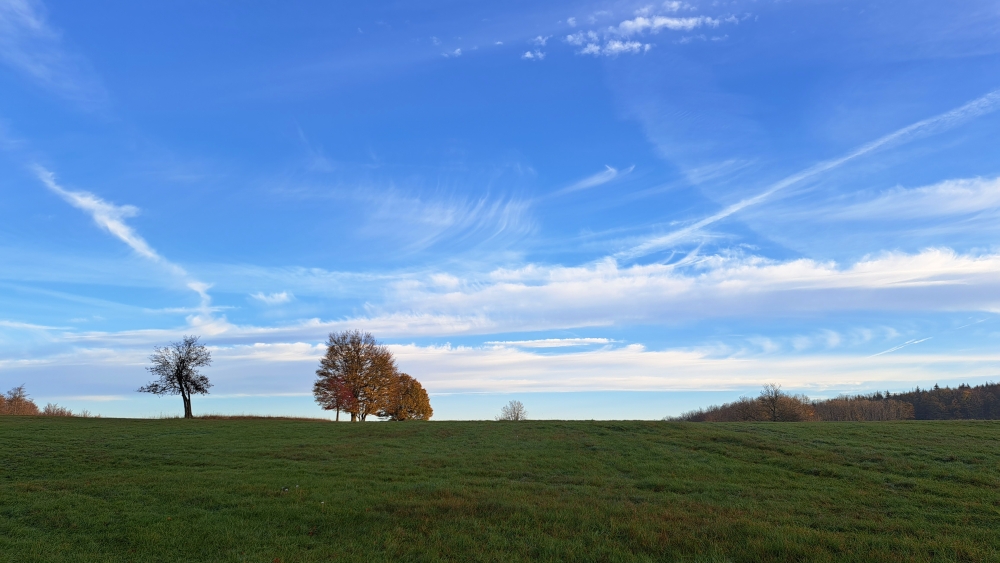 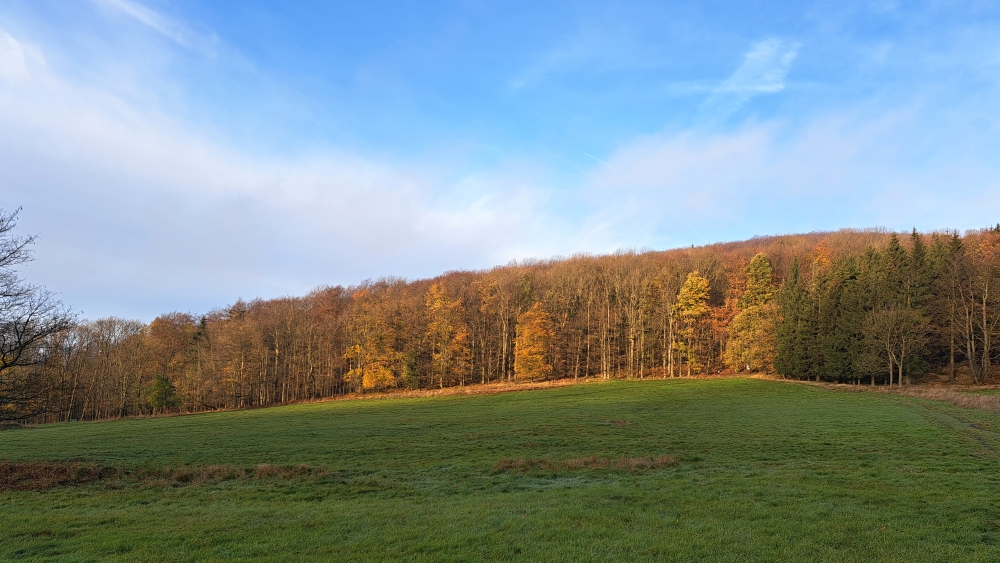 Upon arrival at the place I was quite satisfied. I was already at an altitude where I could see the fog in the valley below me. So I hurried to the top of the hill where I knew there was a lookout tower and suspected I could get some decent photos. I have to say that the journey to the top was quite a challenge with all those kilos of equipment on my back. Eventually I made it to the top and climbed the tower. The scenery in front of me was breathtaking. The sun was at my back, illuminating a sea of mist from which the occasional hill or mountain peeked out. Unfortunately, the weather deteriorated rather quickly and the fog rose to the height where I was and suddenly nothing was visible. Therefore I decided to leave the lookout tower and go to the expected chamois. 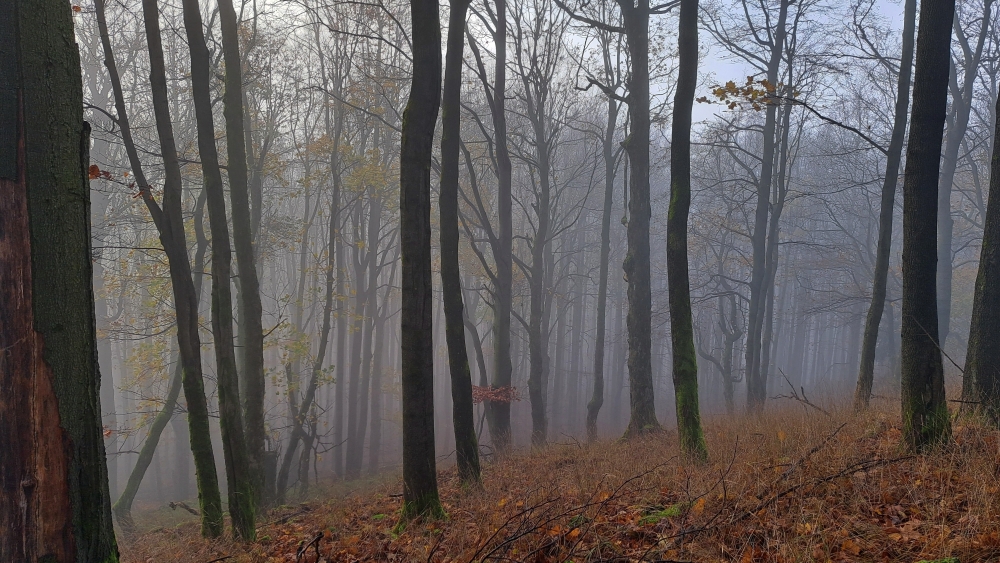 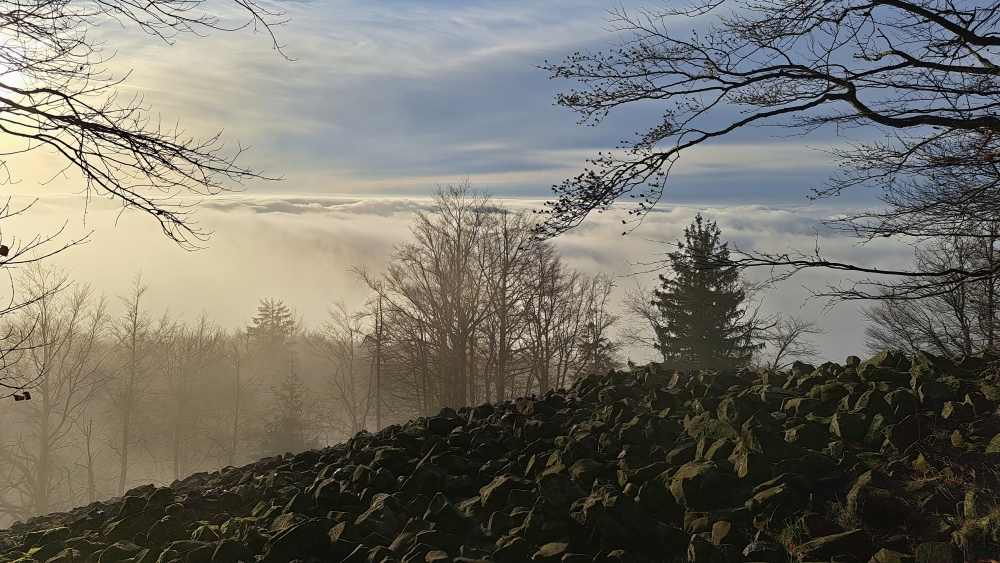 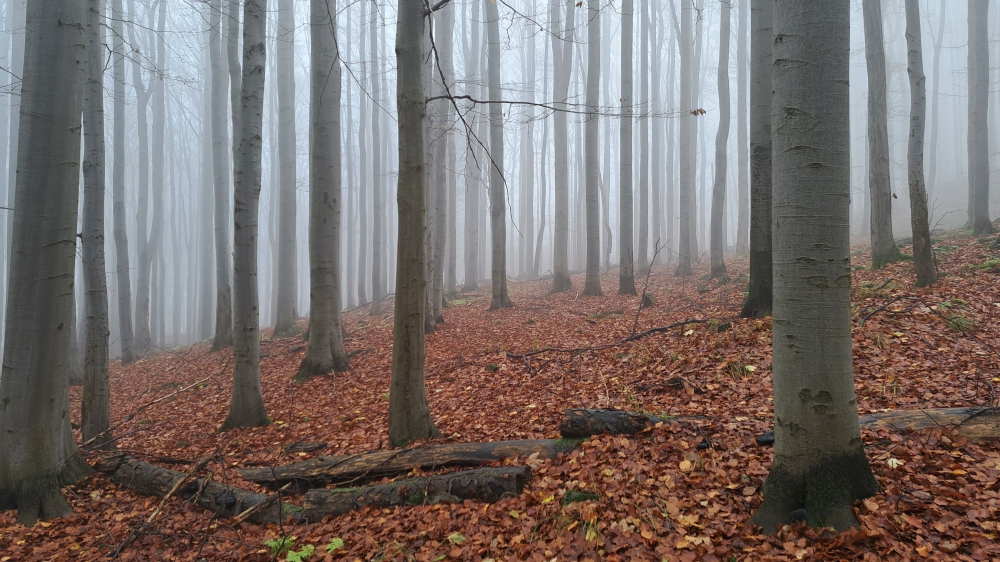 Finding an animal such as a chamois, of which there should be about two hundred in the area, may not be easy. So I approached it that way and did not go looking for a chamois with high expectations. In the fog and bad weather I walked through the forest and explored the surroundings. Unfortunately, I also had to pay a lot of attention to the path because the place itself is quite rocky and I didn’t want to break my leg or damage my photo equipment in a fall. As I managed to calculate, I walked around the summit for about 8 kilometers, climbed 300 vertical meters and logically descended 300 vertical meters.

I have to say that during this performance I told myself that for the next time I have to think hard about what equipment I will take with me. Unfortunately I didn’t come across any chamois anywhere. Well, in the end I went back to the car, packed up all my gear and headed for home. I went up a small hill and… There he was. Probably crossed the meadow, scared the car and headed for the woods. There he stopped for a moment at the edge, looked at me and continued into the woods. And I went on home. But… The story doesn’t end there. Before I headed home from the forest, I was lucky enough to observe a beautiful story that only nature can prepare. 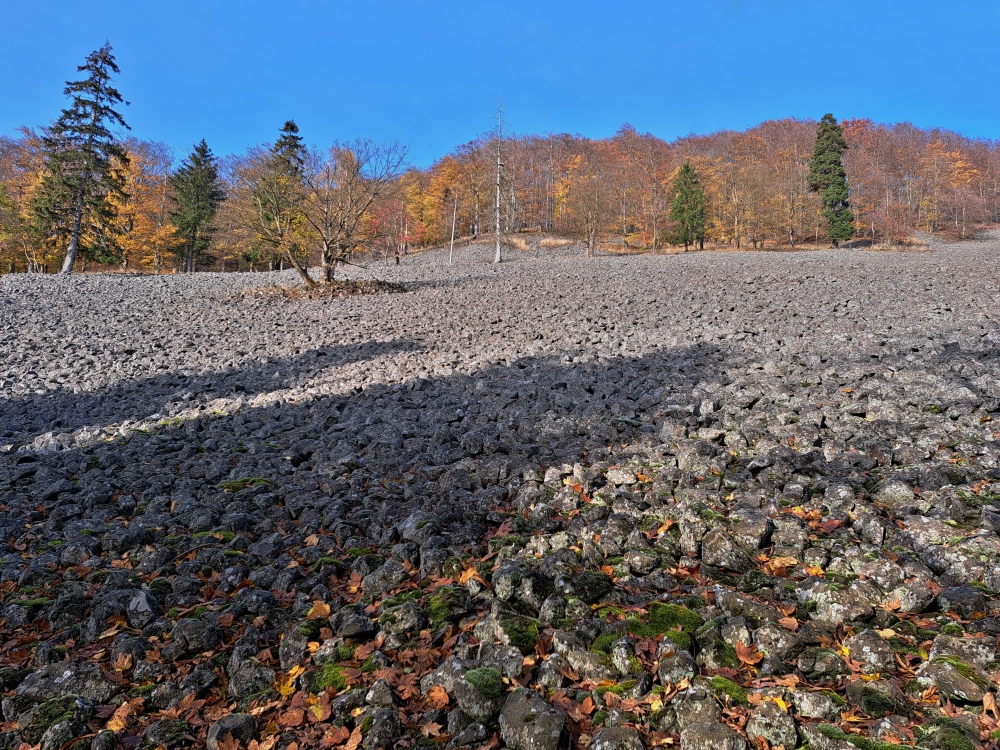 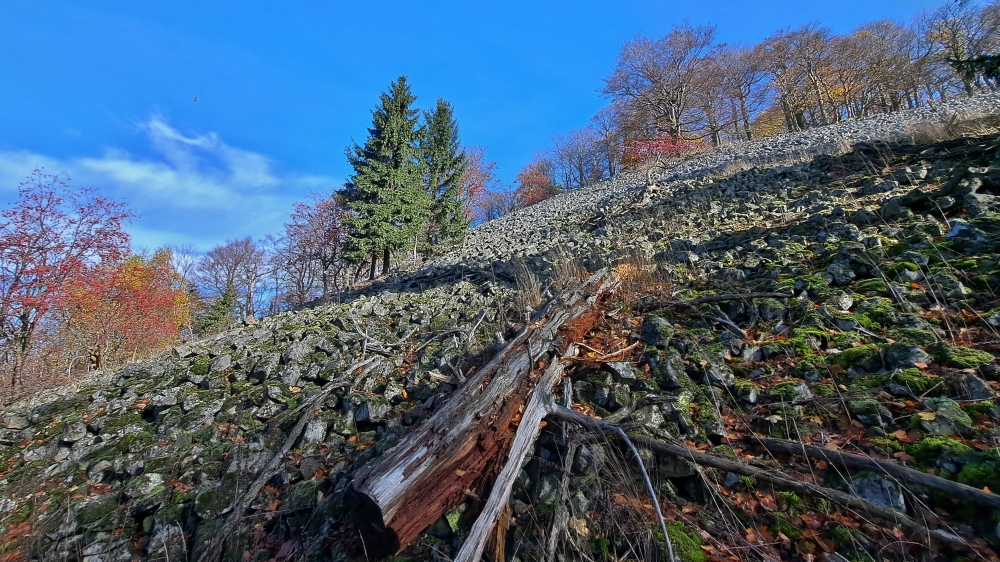 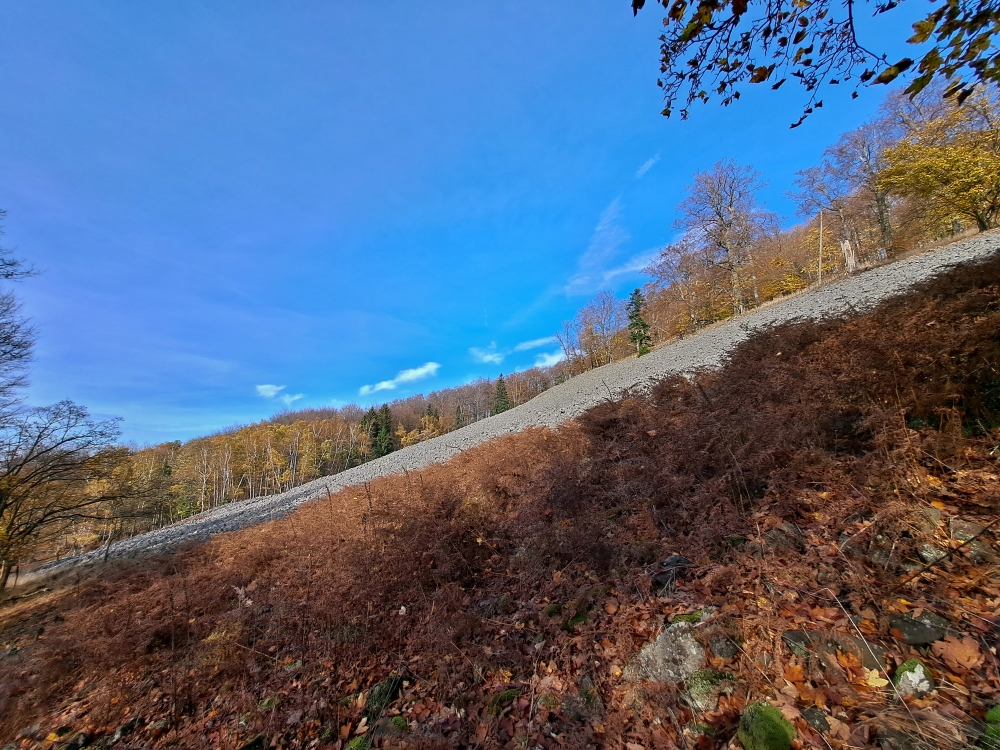 As I walked through the stone fields on the hillside, I observed for some time twelve ravens circling, calling to each other, and always on the move. Since I decided to take a break and have a snack, I had more time and could concentrate on watching the commotion. I noticed that one of the birds was different, smaller, and that the others were actually attacking it. I took my camera and started taking pictures. Rather documentary photos, as the distance was great. Still, I could tell from the photos that the smaller bird was a peregrine falcon. I was delighted. Watching this spectacle was a tremendous experience. Well, take a look for yourself at some of the documentary photos. 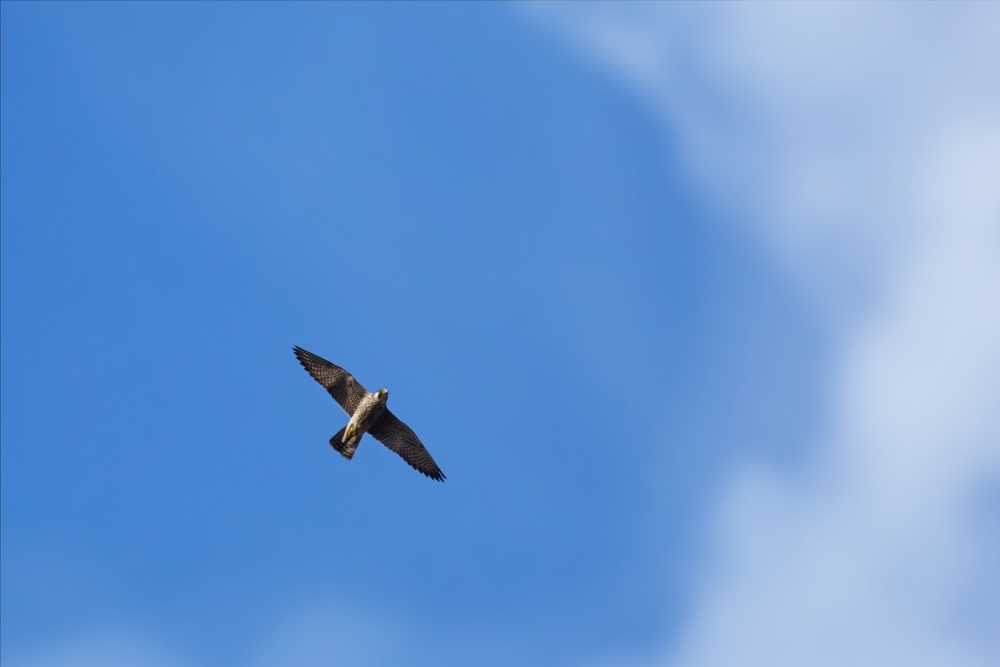 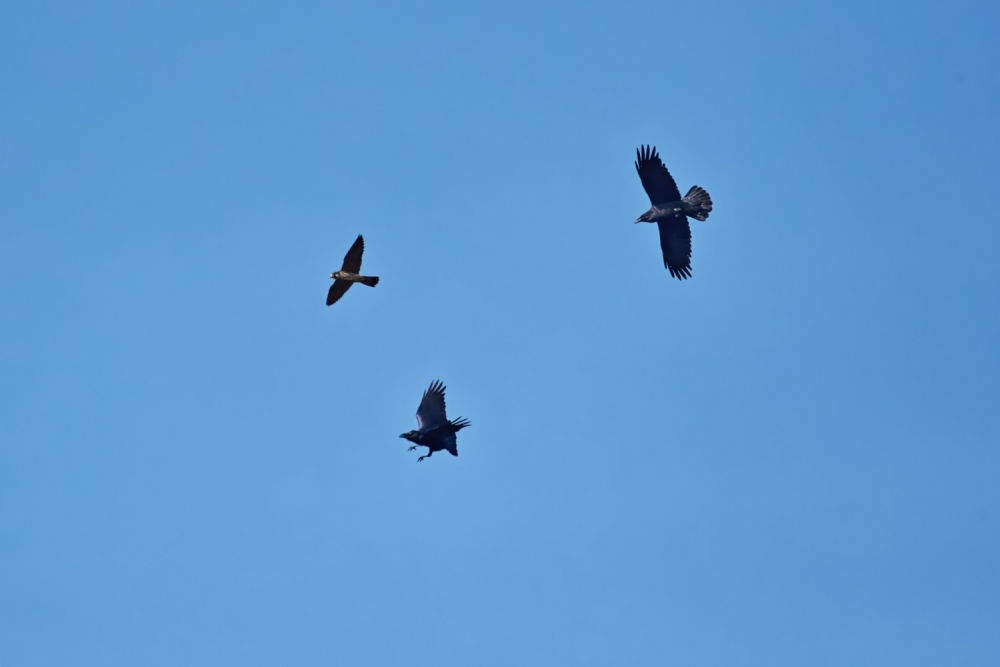 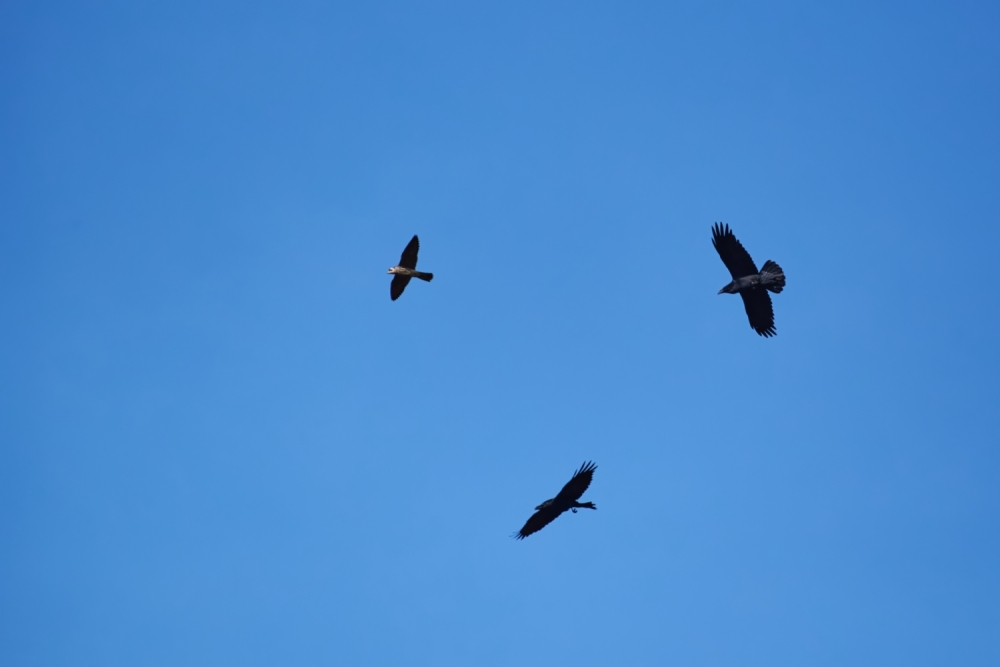 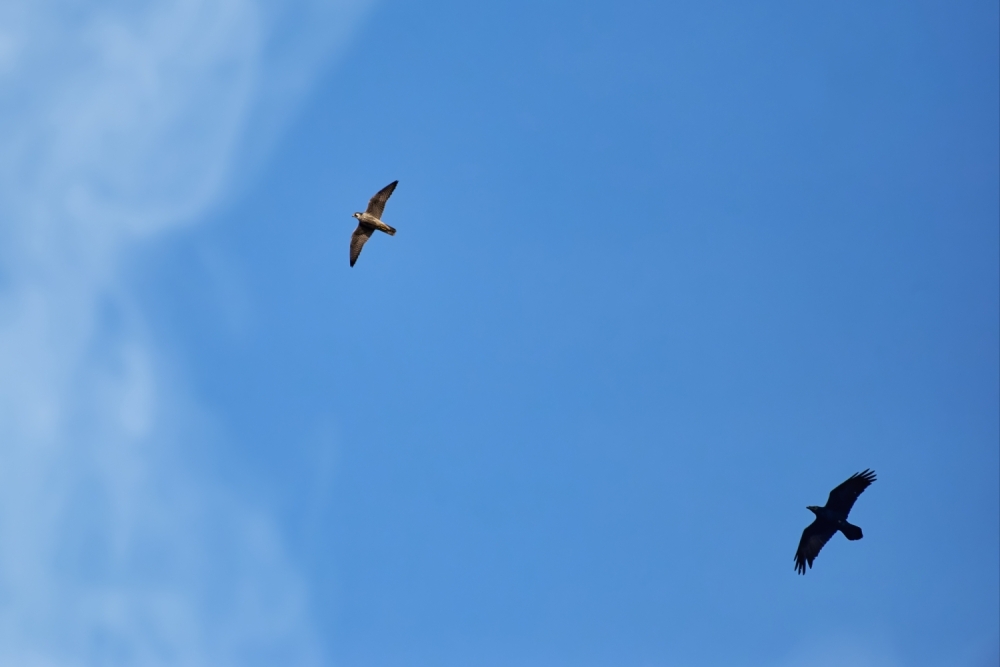 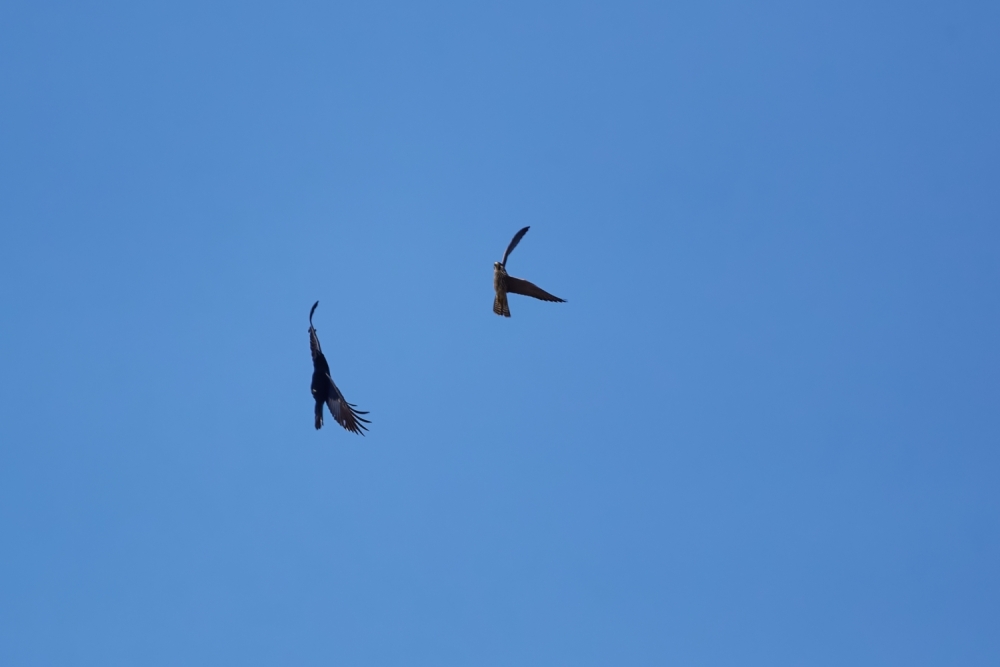 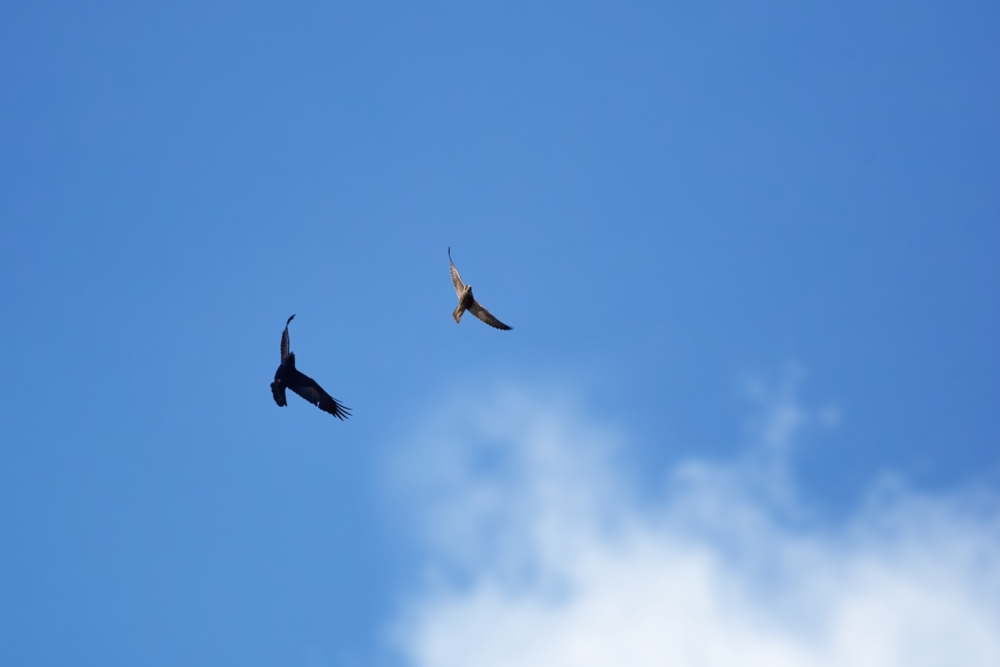 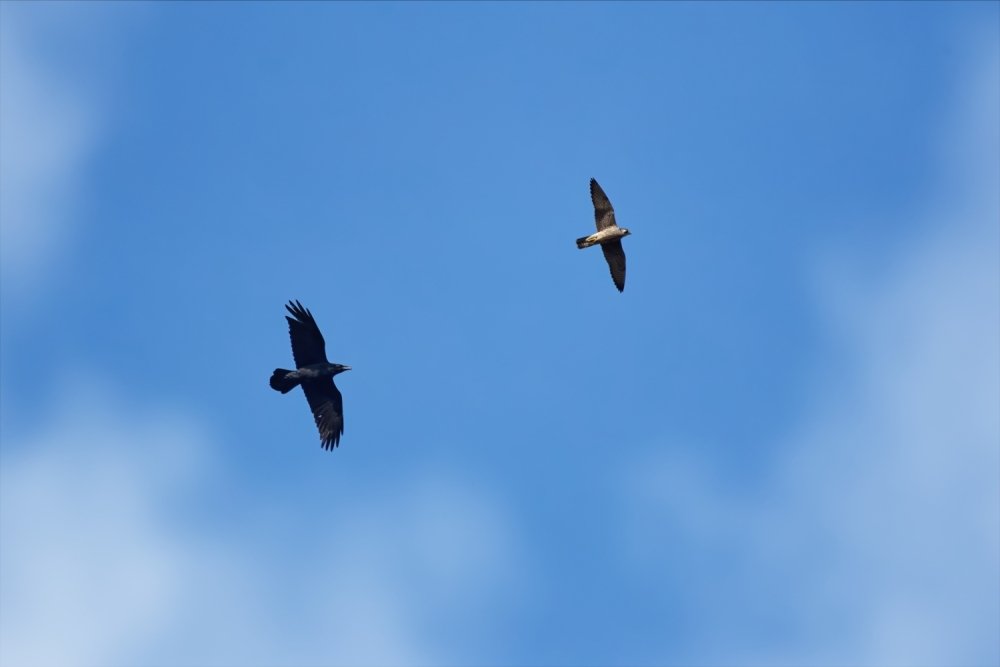